Segregation wall played a pivotal role in making the renewable energy sector in Palestine insecure. This study assesses the direct and indirect effects of the Segregation Wall on investment in renewable energy in Palestine. Elucidate the possibility of confronting the policy of imposing unilateral sovereignty and clarifying the depth of the Palestinian-Israeli conflict over energy sector and renewable energy sector by separating residential complexes, which exacerbated the economic problems in various governorates. The study also showed that the Palestinians are highly dependent on the Israeli occupation in the energy sector, which makes the idea of dependence of the Israeli occupation economy. The historical approach has been used to follow up the Israeli occupation policy in the energy sector, in addition to using the descriptive approach and analyzing the investment policy in renewable energy sector. The construction of 771km wall forced more than 41% of the Palestinians to abandon the lands that were confiscated from the lands close to the segregation wall, the wall confiscated many mountainous areas in West Bank that could be used to operate wind turbines. In addition to that 47.6% of Palestinian families lost their local source of income due to the construction of the segregation Wall, and the occupation authorities have demolished and closed many economic establishments near the segregation wall. The study recommended the importance of developing strategic plans by governmental and non-governmental agencies to promote investment in renewable energy, as the wall caused the demolition and closure of many economic institutions, which contributed to an increase in the poverty rate, which made it difficult to invest in renewable energy. 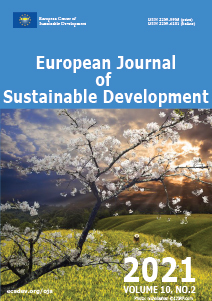