In and Out European Union. Widening, Immigration, Brexit in the Opinion of Students

European Union is crossing a delicate phase of rethinking caused by many factors. In this problematic context a comparative and questionnaire survey “In and Out European Union” has been carried out on three groups of University’s students, attending socio-economics courses, from three countries of European Union (Italy, Poland, Romania) testing their level of approval on EU activity, their proposals for bettering EU policy, their opinions on a possible EU enlargement to other European and non-European countries, on migration policies, on Brexit. The results of the research can be briefly summarized. The attitude of students towards EU activity is positive, despite some critical observations referred specially to issues concerning their future. Most students disagree with Brexit, the most students want EU to extend only to European countries. Most students want EU to be more restrictive towards migrants and refugees. 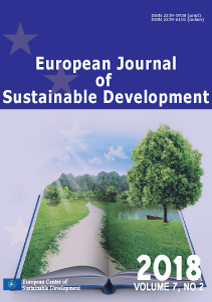