With a view to using land capital in an efficient and effective manner with a view to encouraging sustainable development in this ecological area of North Kivu; and to help minimize land-use conflicts, we have thought of establishing a combination of crops (soybean and maize) as a technique that can help maximize yields / ha and household income, while maintaining the fertility gradient of the soil. The effectiveness of Soybean-maize associations offers interesting prospects for improving the sustainability of production systems.

The trial was arranged in randomized randomized blocks with 5 treatments and 3 replicates. For this study we used 2 soybean varieties that are: imperial and canada, with a variety of corn (bamboo).

The arrangement of the association was of the type MBILI-MOJA which means two Soya lines intercepted by a corn line. The parameters studied were the phenological and productive parameters which are: survey rate, neck diameter, height at flowering, number of leaves per foot, average number of pods per plant for soybean, average number of seeds of soybean pod, percentage of pod burst, soybean biomass removal, number of ears per plant, weight of 100 soybean and corn seeds, plot production (in kg), yield per tonne per hectare and the LER.

The GENSTAT descovery software allowed us to analyze the variance of our data and the averages were separated using the PPDS at the 5% threshold.The performance of the associations was as follows:

with maize as the imperial variety, that of 2.33 by the performance of LER. Fertility of the soil has been maintained from this technique which promotes soil and atmospheric nitrogen which crops need for their growth and productivity. 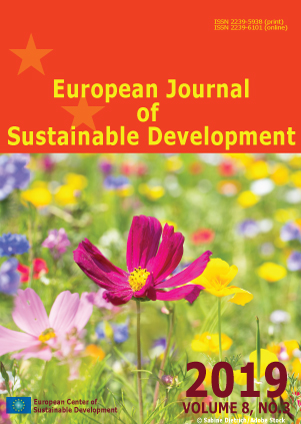